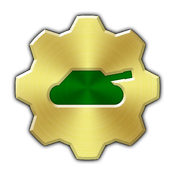 Gears are the currency with which you buy everything that is sold in the Gear Shop. They can NOT be acquired with real money in any way, they are the games functioning in-game currency like gold, coins etc. found in other games. They cannot be directly traded, but you can choose to wager up to 3 at a time in matches.

Gears can be acquired in multiple ways

What shows on the screen when gear drops for the first time.

Additionally, if you were one of the first to play the game you got a 500 Gear boost as a thank you. This was limited to the first few players, as it was a single time event.

The gears that spawn in a match fly away from where they spawned in random directions and more importantly are influenced by explosions, so they can easily get knocked out of the map if you are not fast enough. They will disappear after a couple of seconds on their own, so aim at them and aim fast. If weapons explode near them and launch them out of the map, they won't come back. Black hole and flasher are prone to this due to their nature.

To collect gears, simply move the cursor on them when they appear.

Aside of them acting as an in-game currency, certain challenges require the player to acquire a set number of gears.