Weapon buyable in the shop for 300 Gears

Unlike Olympic Ringer, this weapon is actually in the Olympics. 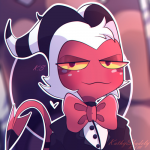